When I attempt to run the game it just shows a black window labled UNDERTALE II then closes.

can the next update add a raid boss/boss rush? bcz i really fkn love this game.

We did it boys. We saved Undertale 2.

is it possible to play this on a mac?

How do I save?

did you unzip the game?

Yes, but i tried to re unpack in a different folder and now it works thx for help

whatever. the point is there's even more animal cruelty and fratricide

This is the game of sequels

Support my future games and you'll see one come out eventually :)

i mean it doesnt type the numbers in the puzzle

then you did it wrong

This was FUCKING MAGNIFICENT. You've done an incredible, absolutely incredible job with this game.

Reply
Steve The Bartender112 days ago(+3)

Best totally 100% official sequel anyone could have ever asked for.

Any chance you can play this on Android?

Edit:nvm i just read the description above and i am dumbest because i been talking the wooden table (dog?) in like 10mins now haha

I demand this game on Steam NOW!!!

Most badass undertale * definitely not a* fan game I've ever seen made, if I had to pay to play I'd spend every dime I've got!

why (HOW) did it get category on twitch? okay, letsgo

Can I give a game a standing ovation before clicking the Download button?

I think anybody with a love or respect for RPGmaker as the sub-genre that it is should play this. I think it would be hard not to get something out of it.

Undertale 2 is so genuinely, consistently good its fucking unreal. The pacing is super tight throughout and it was a LONG playthrough for me, like 18 hours (with a lot of dawdling admittedly) and keeping things entertaining for so long in an RPGmaker game is something I consistently see games struggle with if they decides to go much longer than 3 or 4 hours.

The game oozes charm from every possible angle. You might bounce off of the comedy at times but I found it funny throughout, and I don't think you could deny the amount of effort that went into every part of the game. Almost every enemy has multiple things to talk about, there's so much side content to do, and the title screen will randomly display items and keep track of a combo meter incase it displays the same item again in a row. That's all to say theres a psychotic amount of love put into this.

The combat is pretty good too, character gimmicks, Tag-Team move combos and just... so many unexplained status effects keep things interesting. Being able to stack like 6 or 7 buffs on one character and destroy a boss always feels good, and it never feels like just mashing attack 4 times is the best thing you could be doing like in some older stuff I've played.

I genuinely think this game has the chops to be considered an RPGmaker great but sadly I haven't seen many people talk about it. The game is a joke front and center and jokes aren't going to be taken seriously, and that's a shame when the joke is one of the better things I've played this year.

Sticking the landing from Ultra Parody to a story that is actually going somewhere and came from somewhere is so impressive after all the bits and gags the game is built on, there's so much game here. I wish and hope that Cai Digamma could stand next to the Brads or Phillips or Batters of the RPGmaker world but it's almost sad that I don't think the game CAN eclipse being "Undertale 2", but maybe that's okay. It's meta on multiple levels even within the game, it is what it is. Maybe the real Undertale 2 was the friends we made along the way.

Thanks Zizou make more cool stuff because I'm here for it.

thank you for the heartfelt review <3 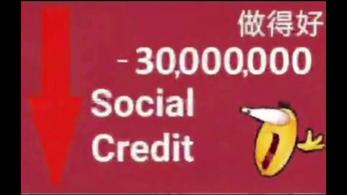 YOU GON HAV BAD TIM

as a FNaFB enthusiast, i gotta say this is fun.

it's not the same kind of thing but it's still real fucking fun.

Edit: also there's no card list anywhere so I can't cheat that :(

there's one in the discord!!

didn't want to join initially since i'd just end up lurking, guess i will tho.

Immensely better than it had any need to be

Undertale 2 is the single greatest RPG i've ever played. Infinitely more charming and fun than actual Undertale. 100% serious. This is probably my favorite game of all time or at least in the top 5

Every time I thought the game is gonna end, it didn't. It ended after 11 hours of gameplay. I loved every second of it. Thank you for making this masterpiece. Seriously.

Undertale is supposed to look better, "You are such an idiot."

how did i find this while trying to find touhou fangames?

it's a touhou and undertale fangame!

This game is like undertale but better. 10/10 would recommend :)

i found this by accidentally searching up undertale 2 on twitter, how am i just now finding out about this masterpiece